You are here: Home / Tournament weekend 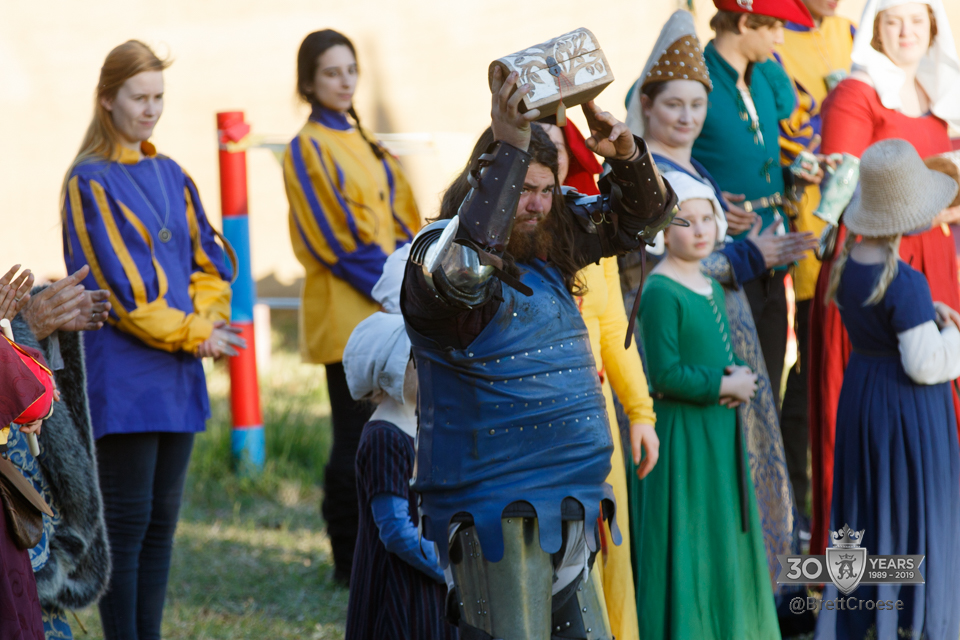 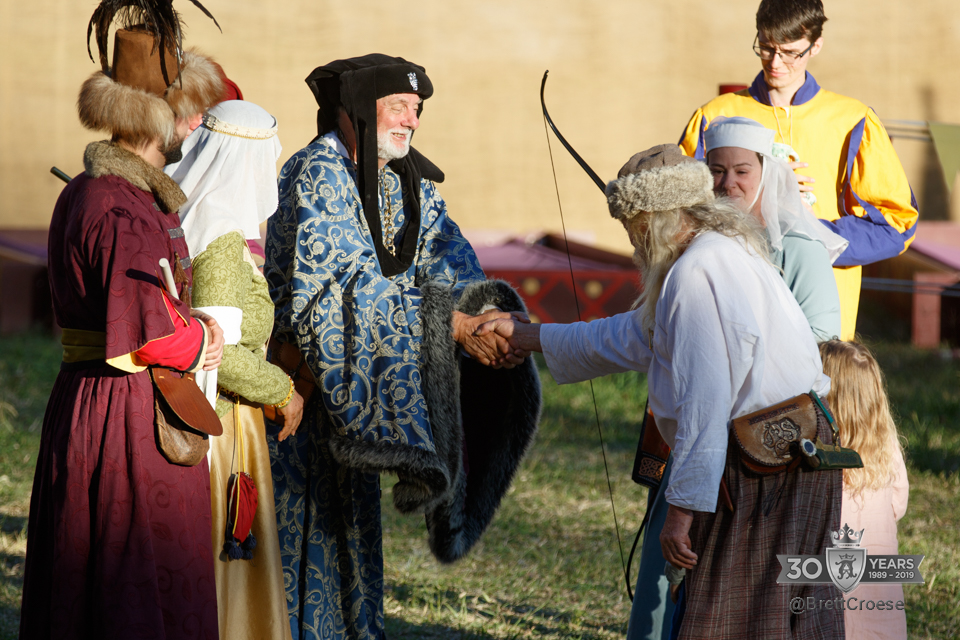 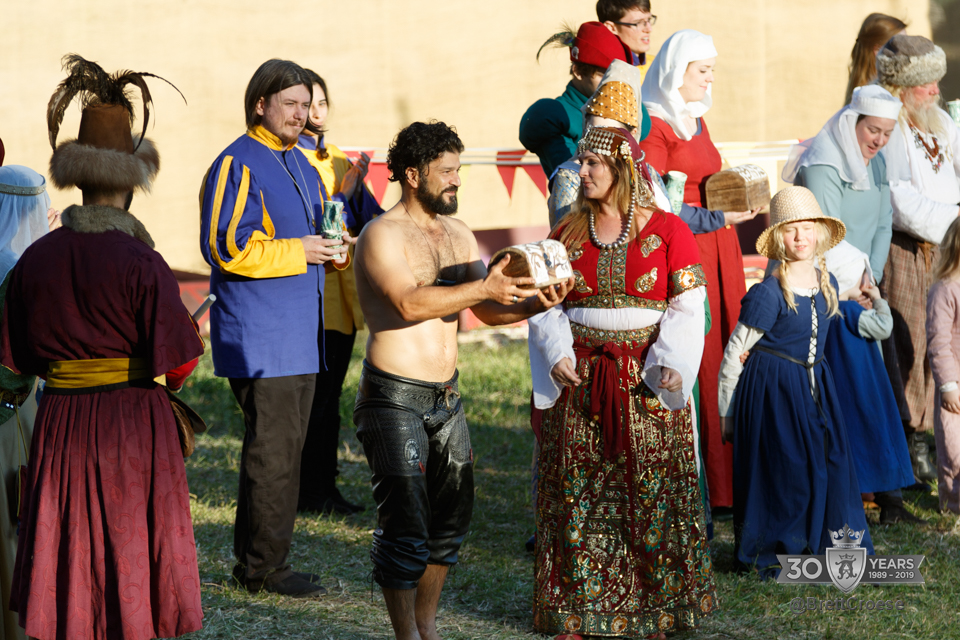 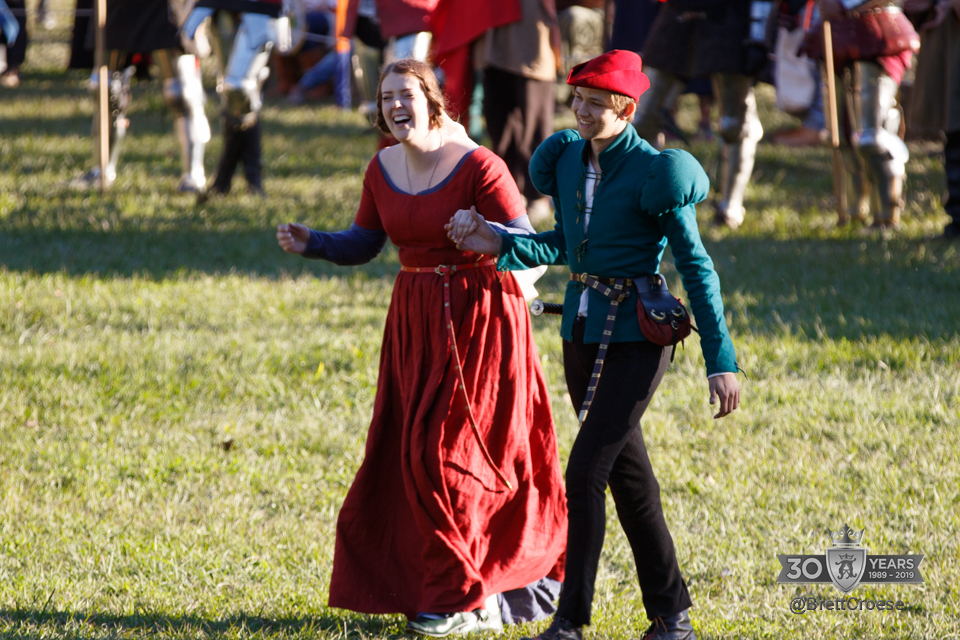 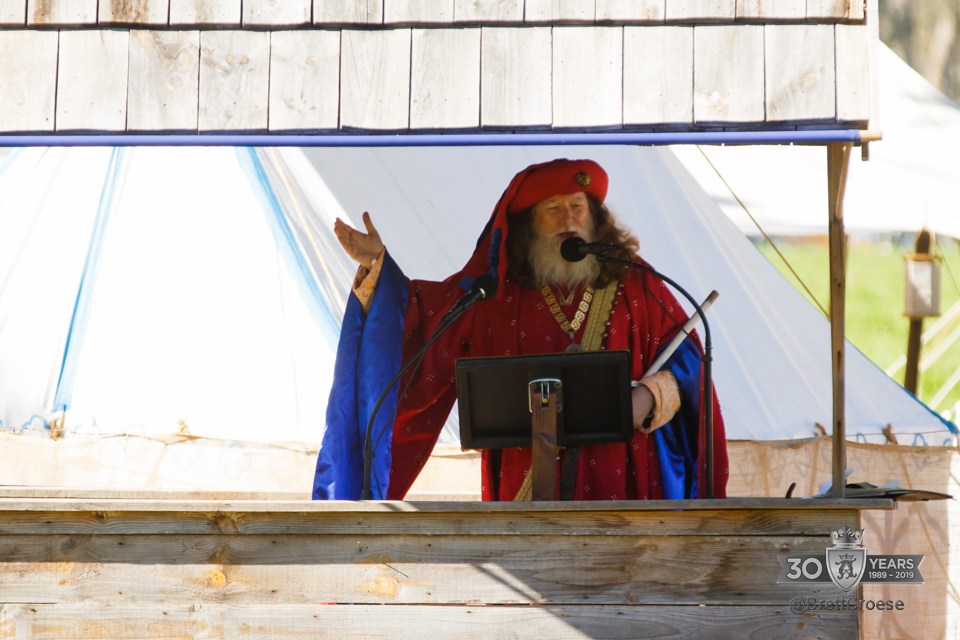 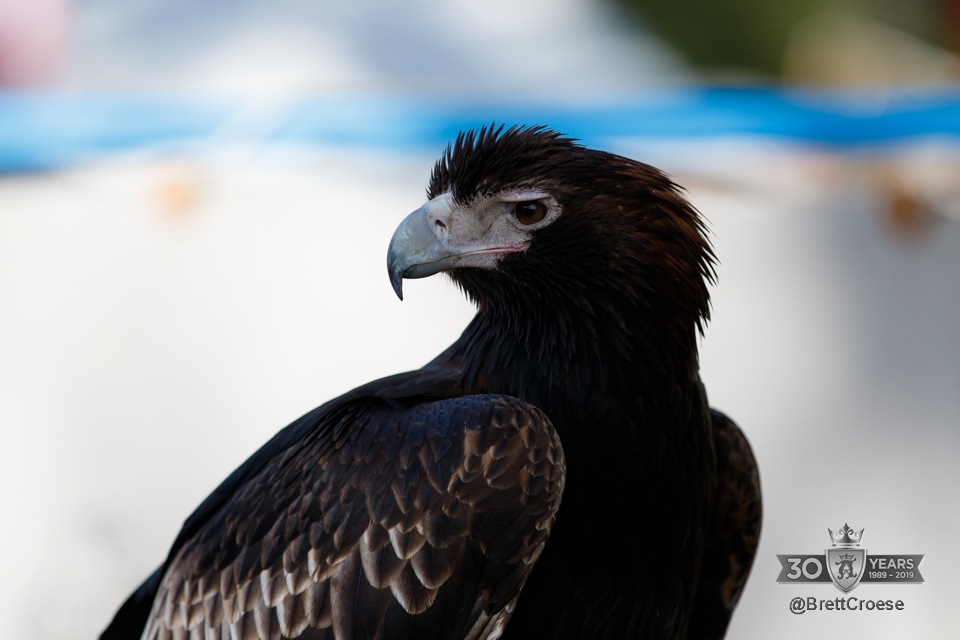 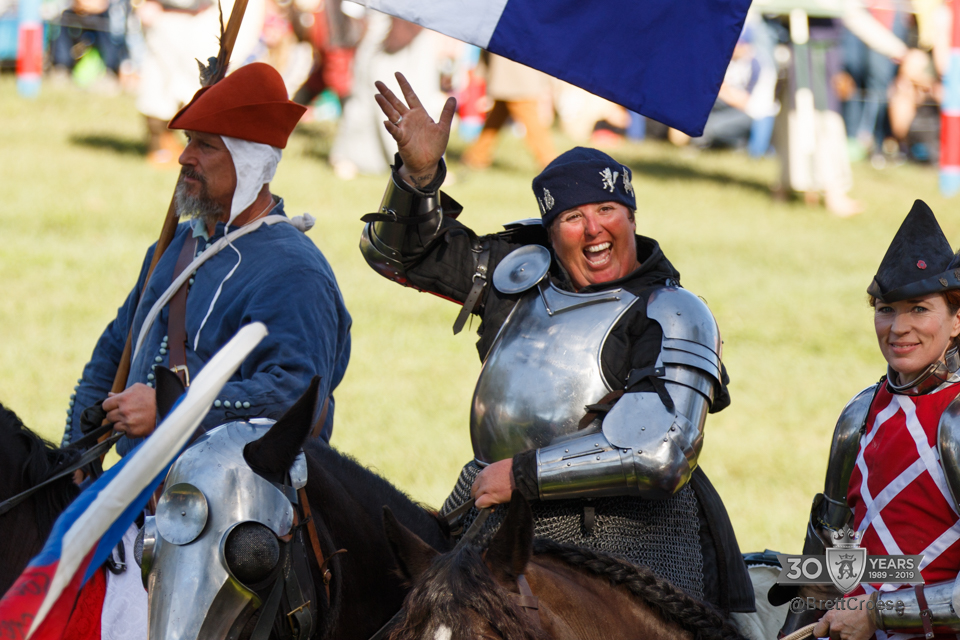 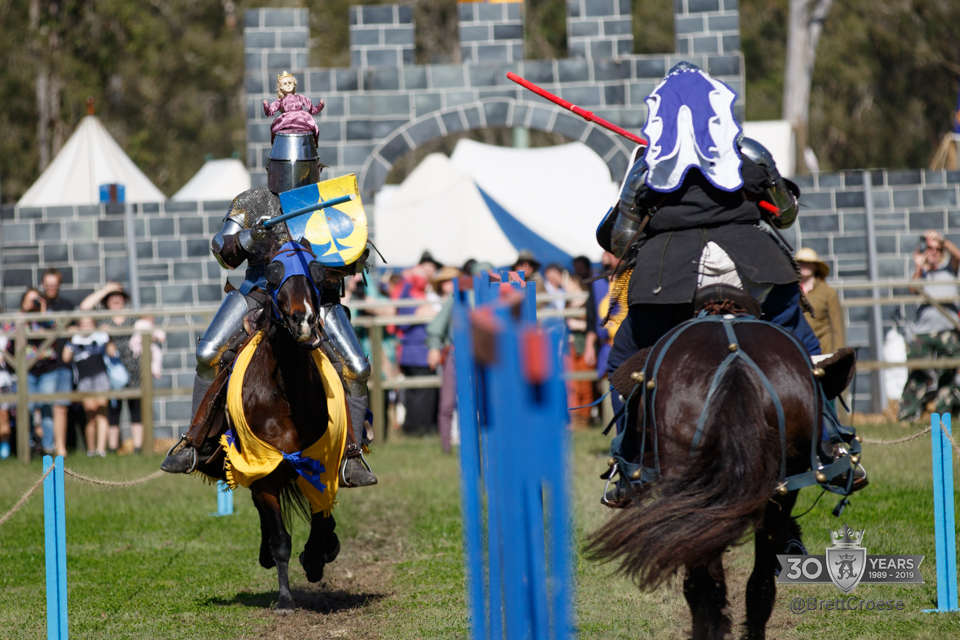 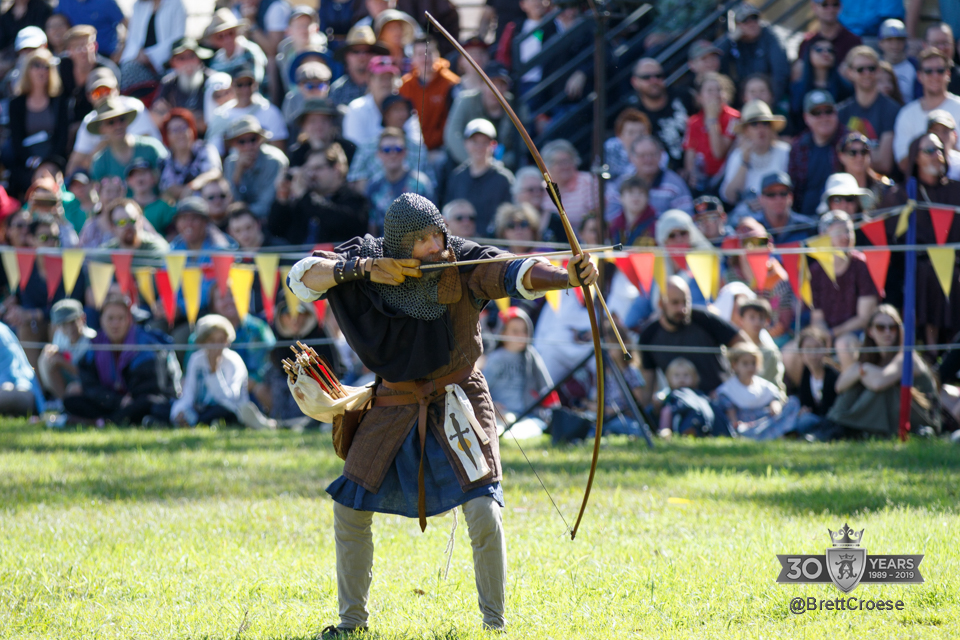 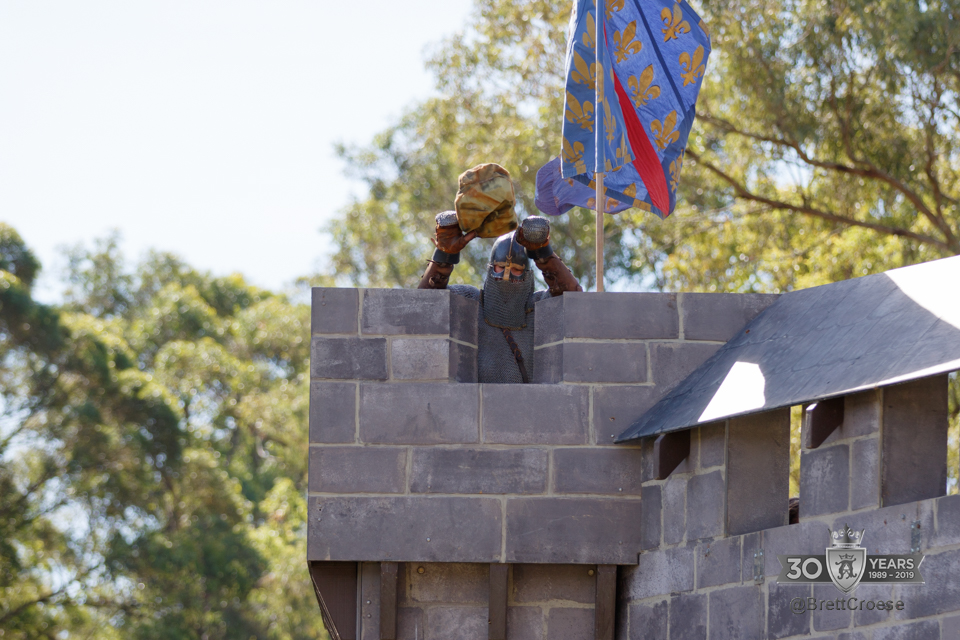 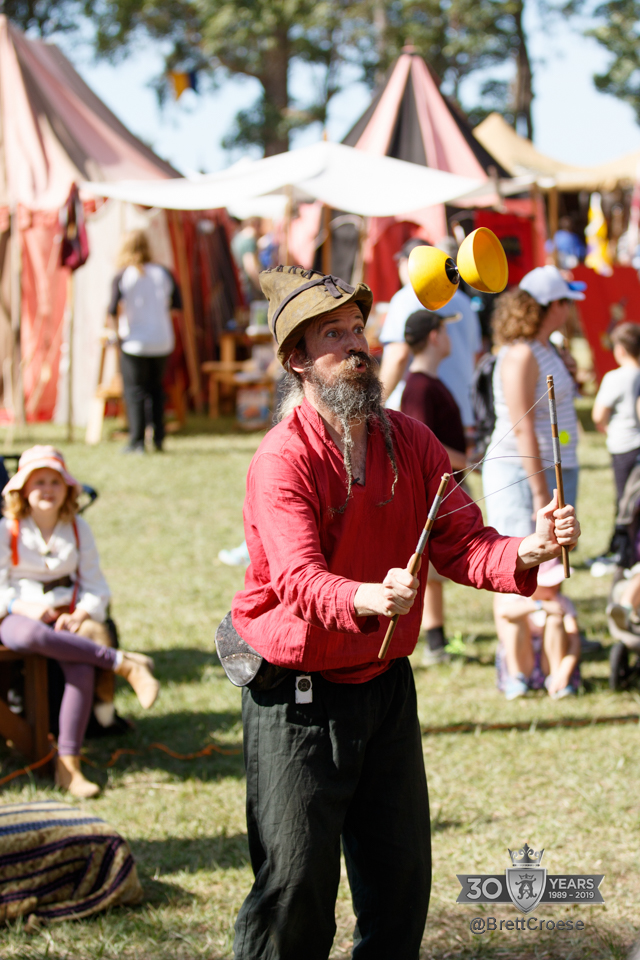 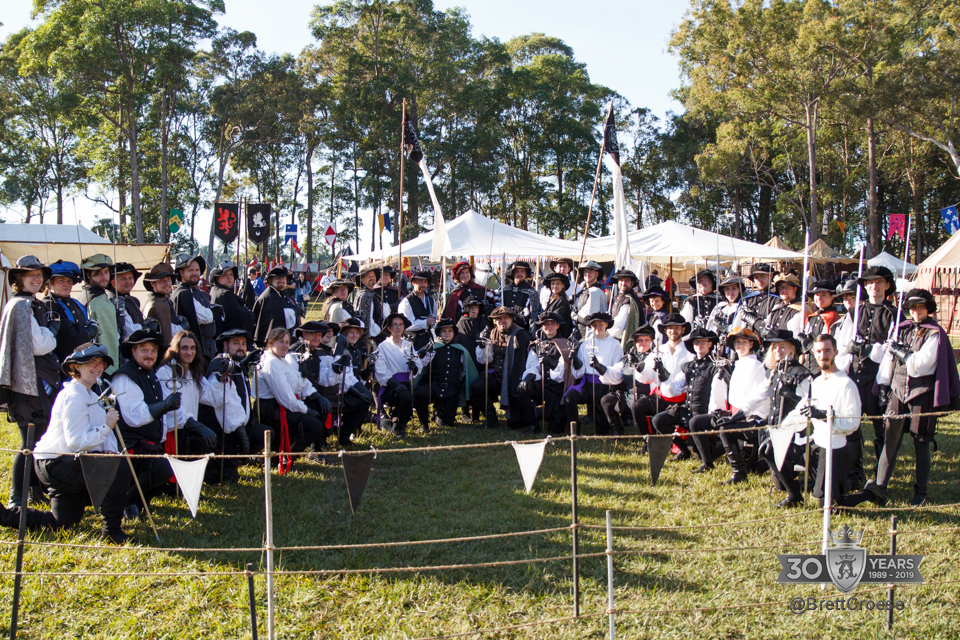 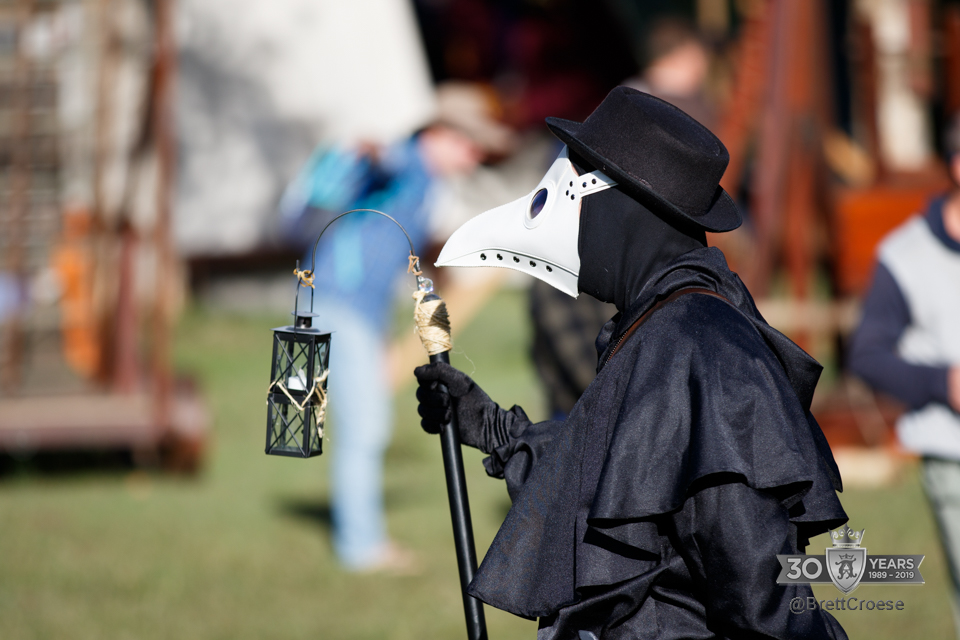 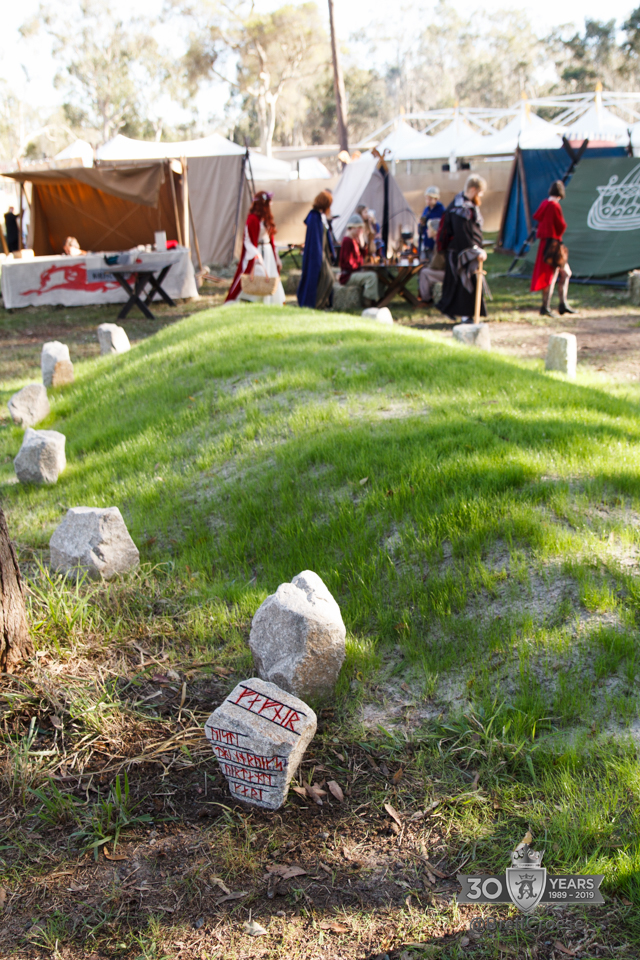 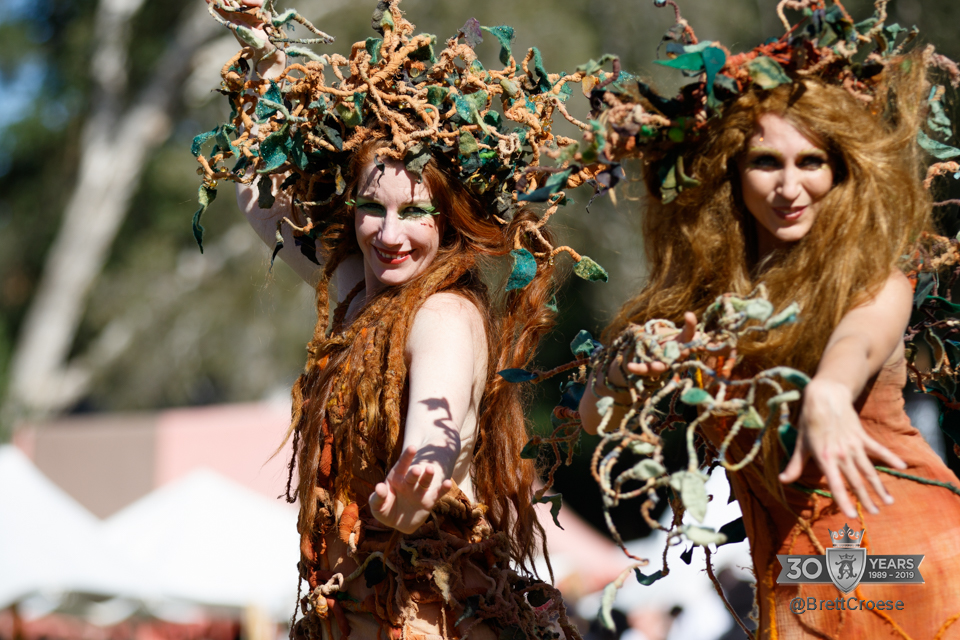 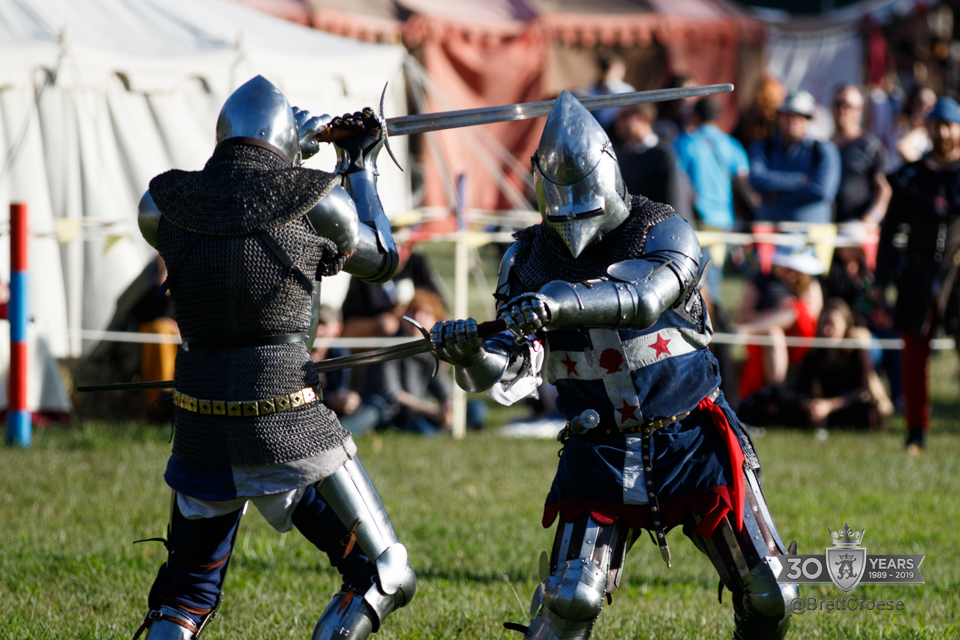 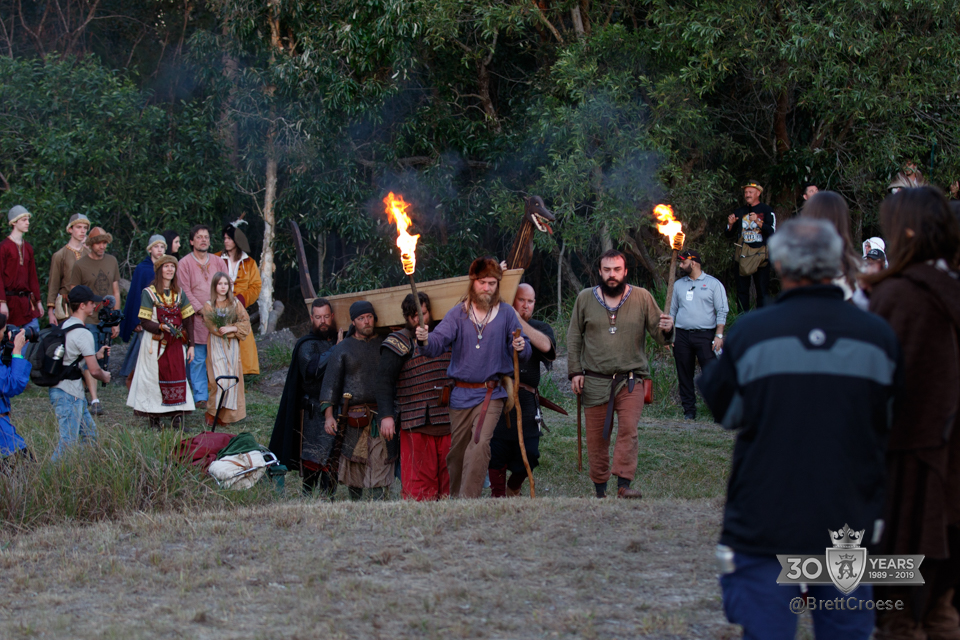 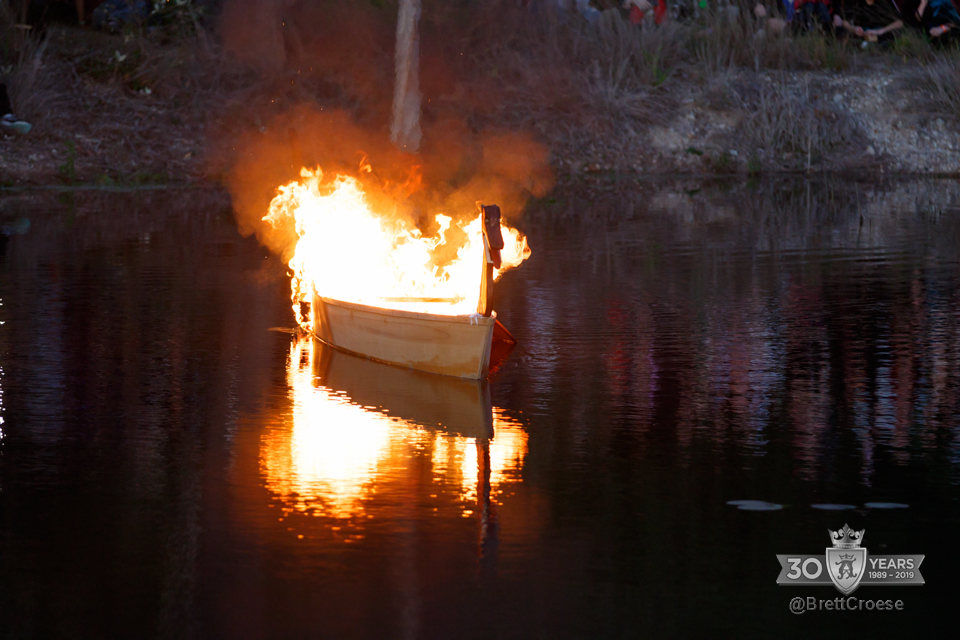 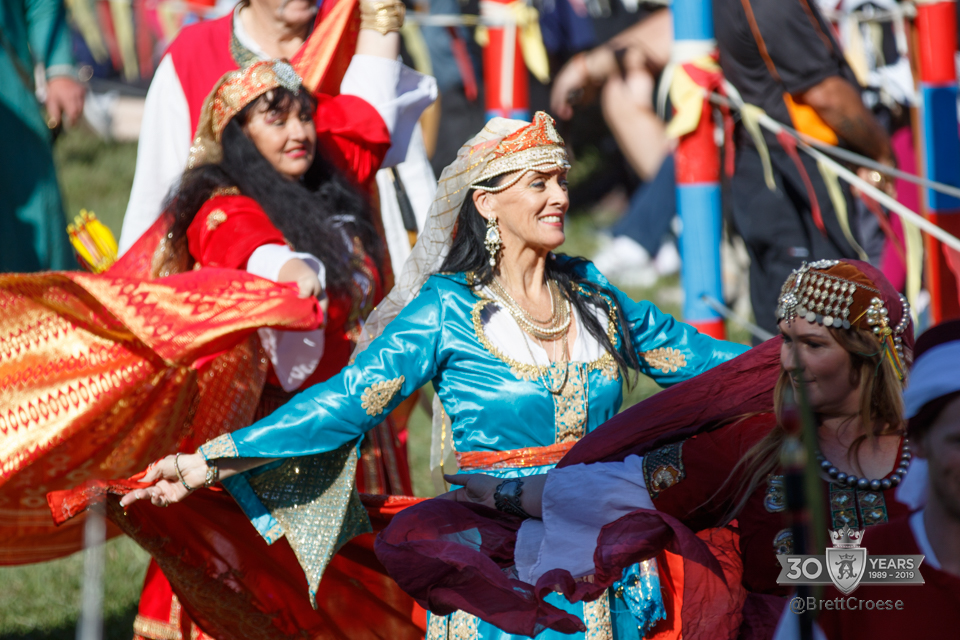 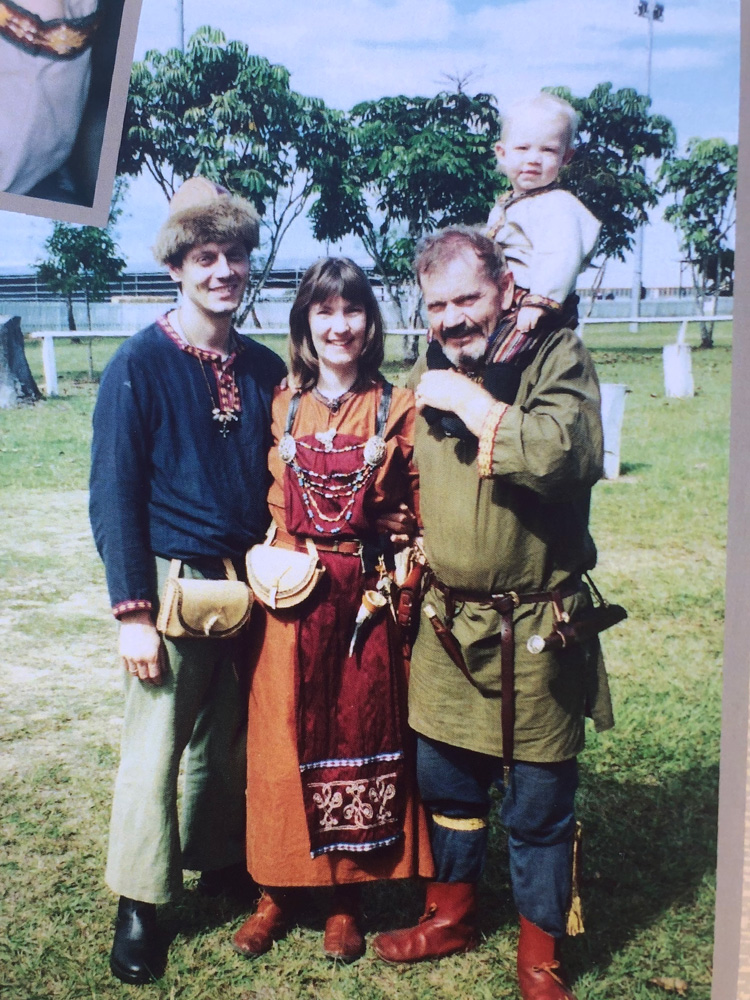 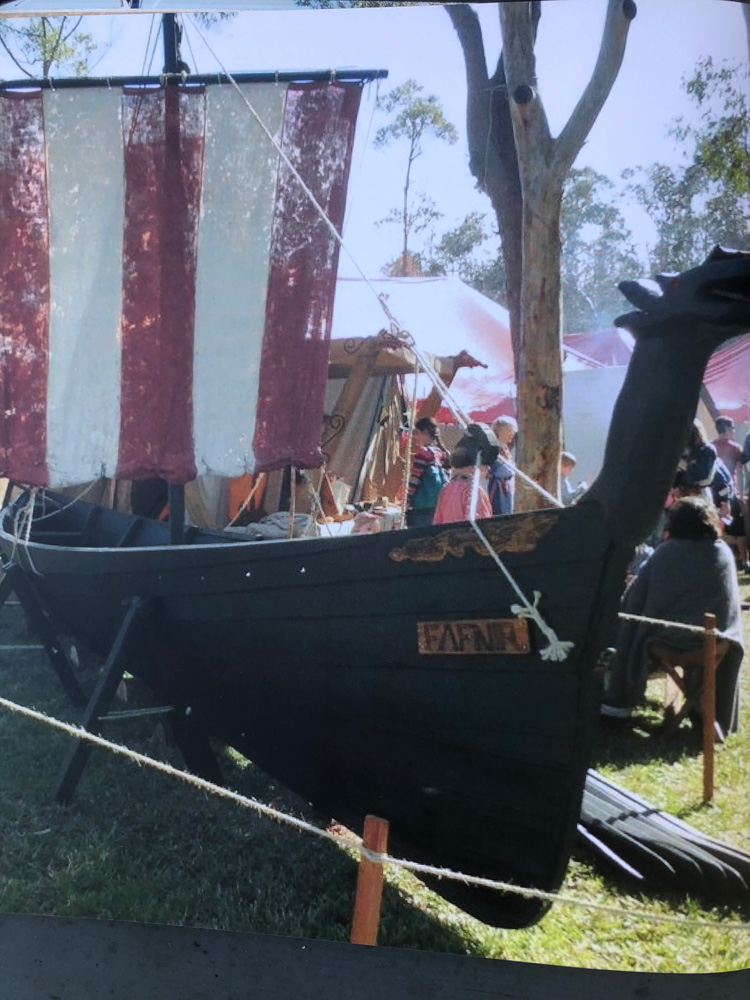 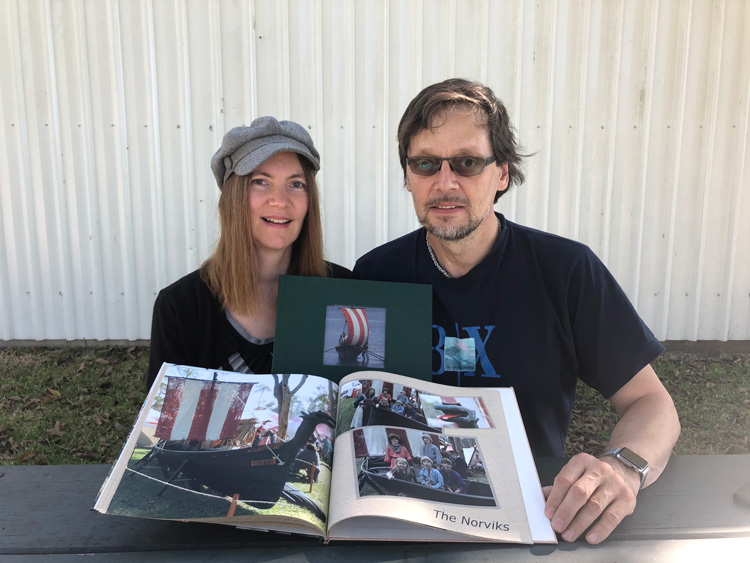 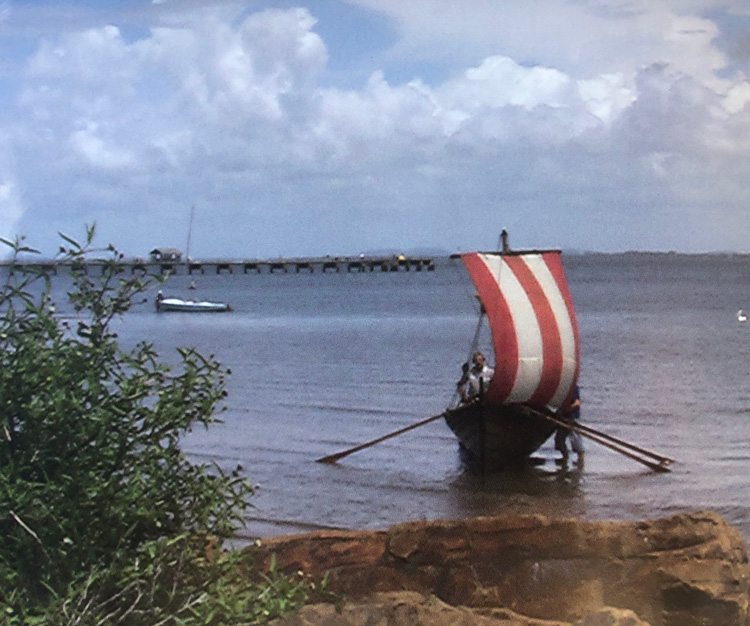 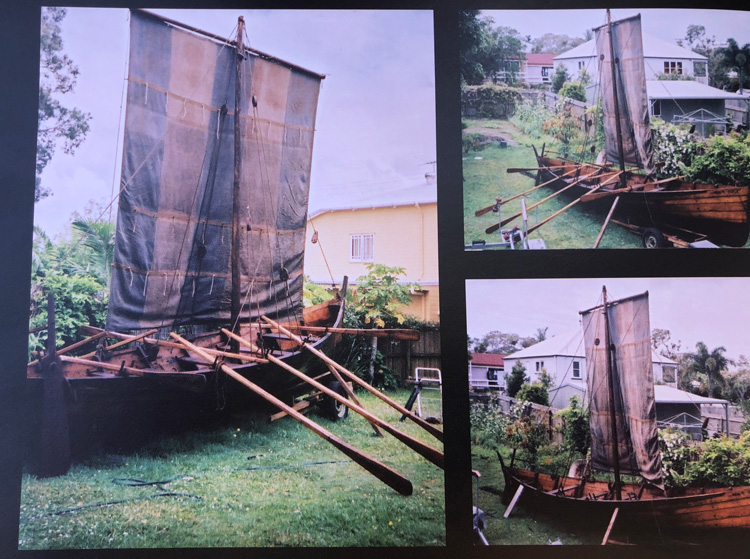 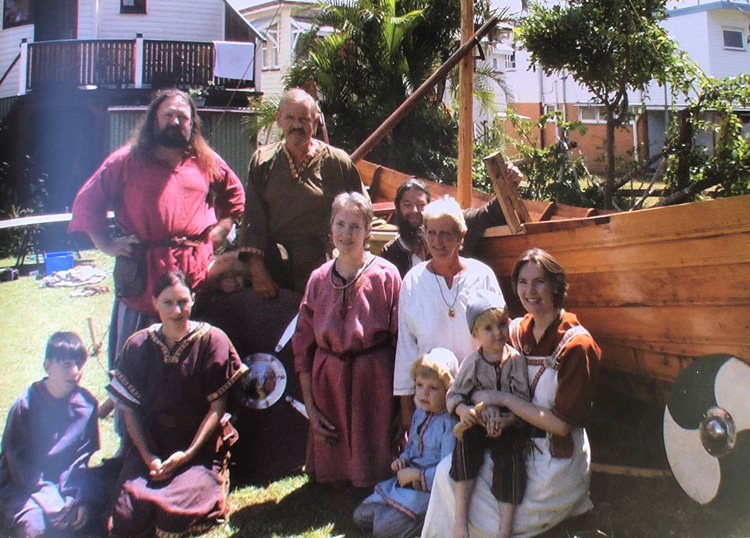 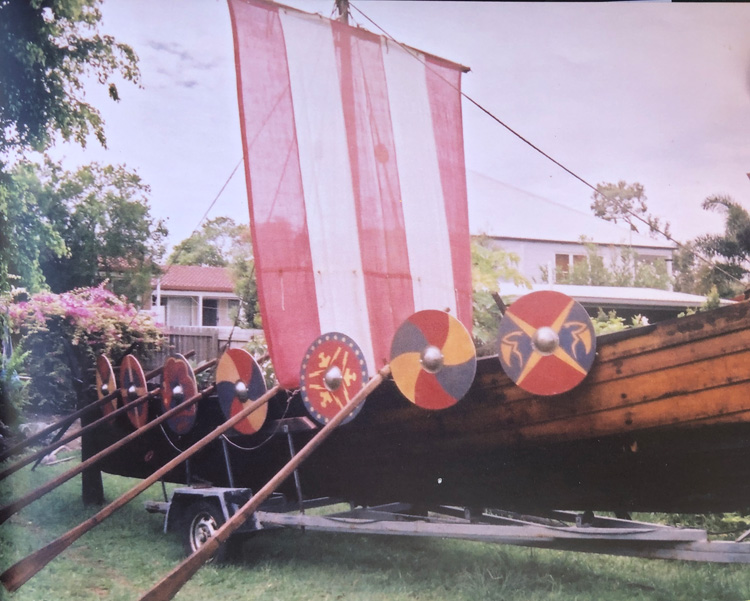 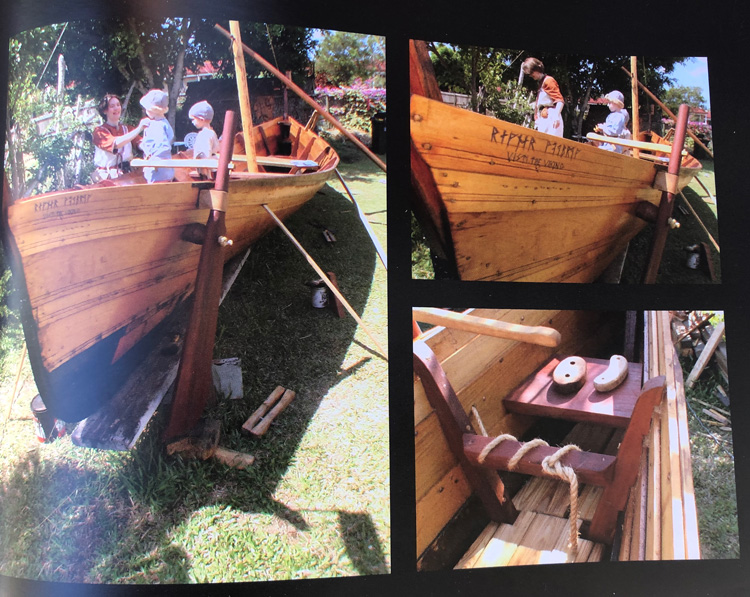 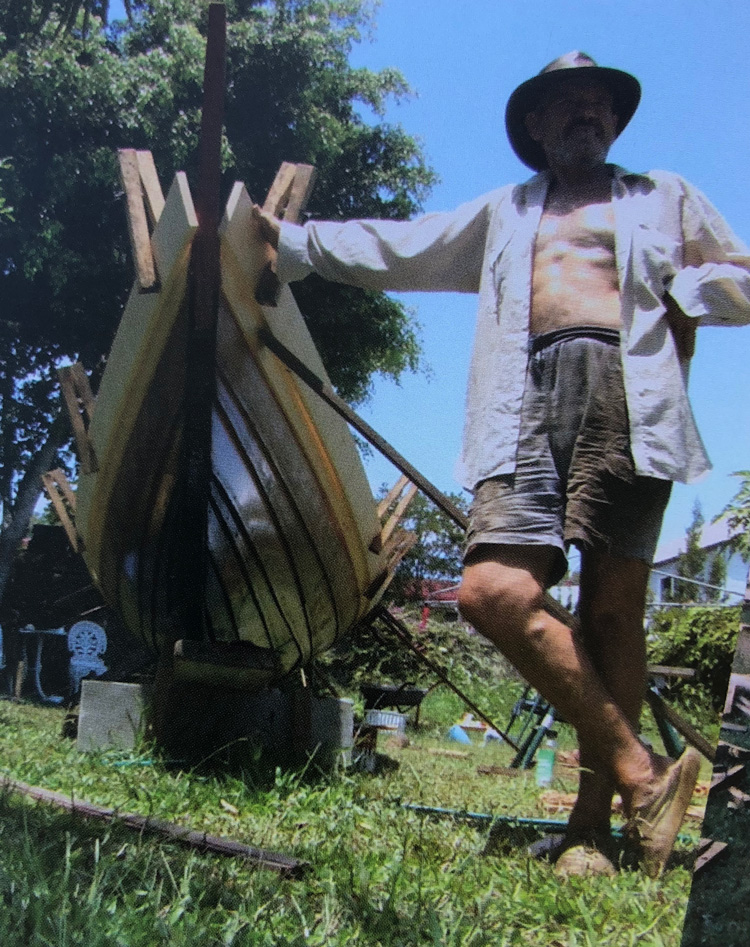 Origin of the Banners

This series of seven banners is based on those of the Assisi festival of Calendimaggio the origins of which are related to the ancient customs of many different European peoples, and especially to the Roman celebrations known as the “Fasti di Maggio”.  The medieval tradition of celebrating the arrival of Spring in early May sees groups of revellers serenading through the streets of their towns. Assisi however has another aspect to its festival, as there is a deep-seeded rivalry between the “Upper” and the “Lower” parts of the city. The feuding began in the 14th century between Nepis and the Fiumi families, who are the respective leaders of each faction.

The city is split in two by this rivalry, the Nobilissima Parte de Sopra and the Magnifica Parte de Sotto, compete with each other for control of the Palio through parades, re-enactments and musical performances, all inspired by medieval life. Each brigata or company of singers, elect a signore and from among all the signori, a King of the festival is chosen. They then elect a “Queen of May” who is born through the streets on a cart festooned with flowers, encircled by young girls waving flowering branches called maggi. Song and music fill the streets and piazzas: madrigals, choral and solo pieces, traditional melodies and improvised ones, every sort of popular song accompanied by violin, mandolin, guitar, and harmonica. Throughout all the events the banners are used as a identification system, as well as a coat of arms for each of the districts, displaying their allegiance to one of the two factions, as well as highlighting where performers are from.

Sestiere is an Italian word derived from sesto, ‘sixth’ – it means ‘one-sixth part’, that is, one of the 6 quarters of Assisi, each sector of the city being divided into 3 rioni (singular, rione) quarters or districts. These sestiere are where the banners of the festival originate from, each representing their respective districts, or in the case of La Magnifica Parte de Sotto, the half of the city controlled by the faction led by the Fiumi family.

Symbolism of the Banners

Il Sestiere San Giacoma (St Jacob or James)  The somewhat curious symbolism of the pierced tower has been attributed to the small church San Giacomo de Muro Rupto (St. Jacob of the broken wall) situated some 50 yard or meters south of the San Giacomo gate for which the quarter is named.

Il Sestiere San Francesco – the main symbol of the shield is not a cross but rather the letter tau, the name of the letter ‘T’ in the Greek, Hebrew, and ancient Semitic alphabets. Various interpretations can be accorded the three blue stars – they may stand for the first three followers of St. Francis.

Il Sestiere San Pietro – The fisherman’s boat recalls Peter’s occupation of fisherman in Galilee.  The golden keys to the Kingdom of Heaven stand for the power of popes over matters both spiritual and temporal.  The Lorraine Cross was early-on identified with the Patriarchal Cross, and St. Peter is considered the first Patriarch of the Roman Church.

Il Sestiere Porta Perlici – Of the six porte, or gates, that allow access through the outermost defensive walls of Assisi, Porta San Perlici watches over the northeastern front. Two major roads form a vague ‘Y’ as they converge onto the gate.

Il Sestiere San Rufino – It honors the first bishop of Assisi, Rufino, who was martyred in the 3rd century by being tied with a knotted hemp rope to a millstone and drowned in the nearby river Tescio.  The green fern represents the many pine trees which grace the district.

Il Sestiere Porta Moiano – The shield consists of the seven stars of the constellation Ursa Major.  It is also associated with Saint Clare (Santa Chiara in Italian).

Interested in seeing the banners in person? Be sure to keep an eye out for them at the Abbey Medieval Festival 30th Anniversary Celebration on July 13th and 14th.