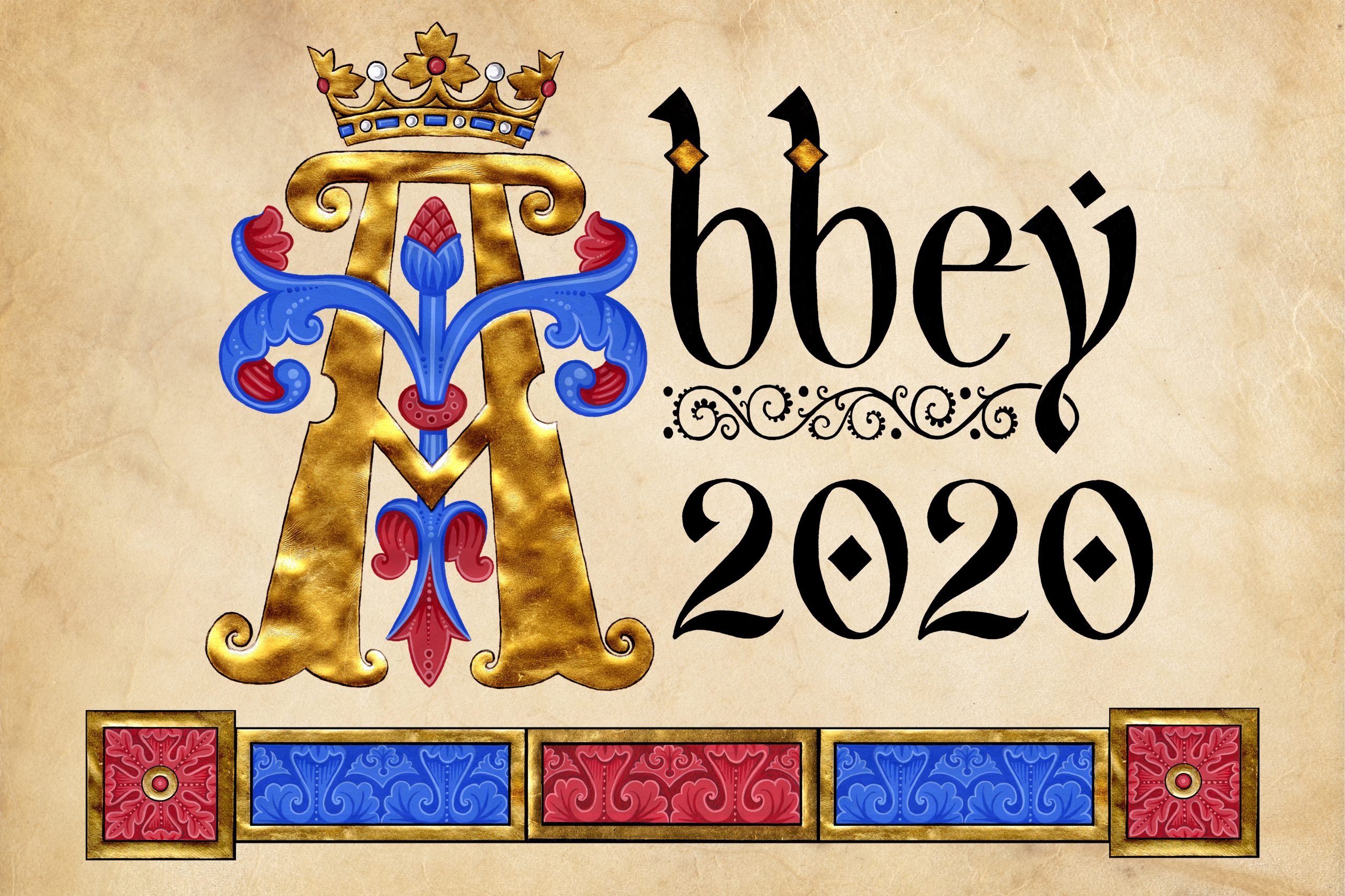 Tania has an extensive history with the Abbey Museum of Art and Archaeology and the Abbey Medieval Festival creating and teaching Medieval Illumination, and was also the Artist in Residence for St John’s Cathedral in Brisbane, and has had her illuminations sent to The Head of the Marist Brothers in Rome and presented to Her Majesty Queen Elizabeth II.

Tania, who originally hails from Australia but is now based in Finland, said while creating the Abbey Illuminated Manuscript she “[felt] a great emotional connection to the Abbey itself.”

“I guess I was visualising and remembering all the great experiences that I had and friendships and good times, and a lot of that came out in what I was creating” she said.

“And so I was really thinking as I was creating it you know, what would these guys really love? What would epitomise this festival and what could I create that all of these people could relate to?”

The final Abbey 2020 Illuminated Manuscript is a beautiful representation of Tania’s fusion of “energy from a bygone era with the vibrant and powerful energies of a new era.”

You can find out more about Tania Crossingham on her website.