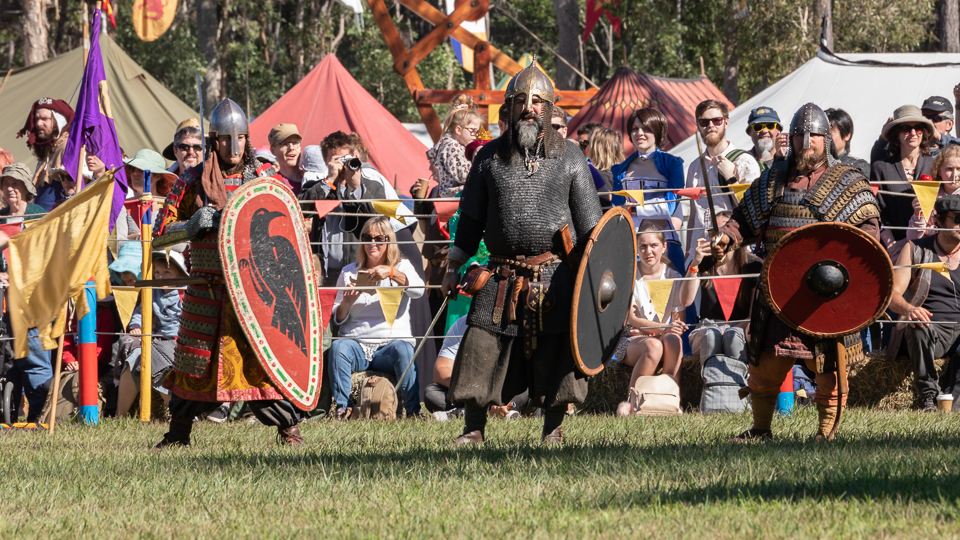 In modern times,  in order to settle disagreements, we are accustomed to expensive court room battles that sometimes carry on for many years.  But in the olden lands across medieval Scandinavia, squabbles and disputes were much more swiftly dealt with.  There was no call for extensive evidence gathering, no pleas or articulate rhetoric from highly paid counsel.  If your hard won Viking honour was threatened in any way -real or imagined – all that needed to be done was challenge your adversary to a ‘first blood’ or ‘to the death’ duel, and order would be promptly restored.

In those precarious times, Viking vengeance – to restore the honour of the insulted or injured party – demanded financial compensation or, failing that, your good family name could be defended in blood.  This was because, of course, the Norse gods and in particular, Tyr, the Viking god of justice, honour and courage, always ensured that the ‘right’ man won.

For the medieval Scandinavians, there was much worse fates than death as described in Odin’s poem Hávamál:

Cattle die, friends die
you yourself die;
One thing now that never dies
the fame of a dead man’s deeds. 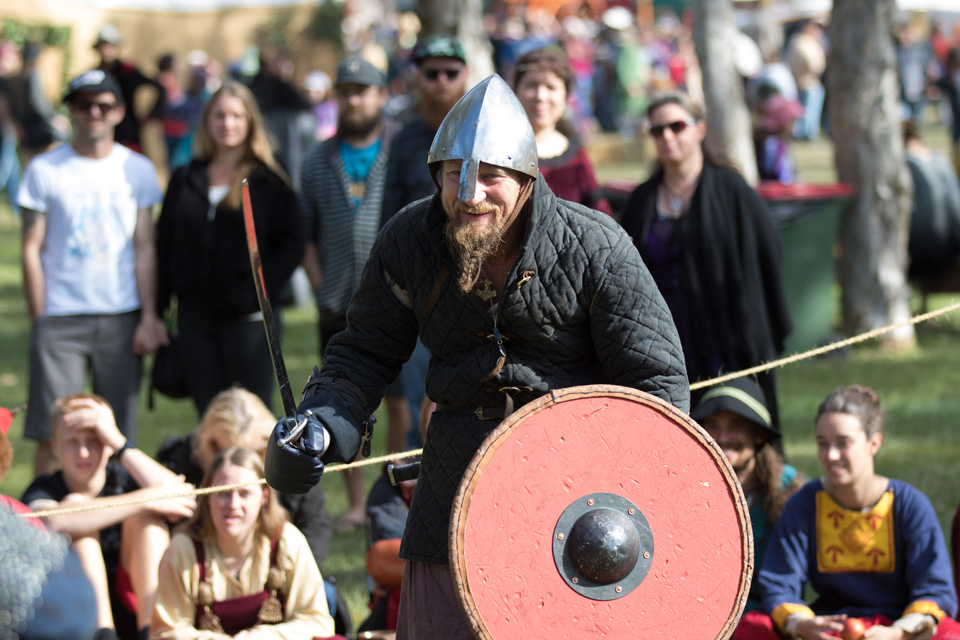 Literally translated as ‘small island walk’,  the Holmgang was a formal dispute resolution process of one-to-one combat within a clearly defined fighting ring, and had precise rules that varied across different regions.  The only consistent rule across medieval Scandinavia was that opponents had to agree on the terms for their particular duel.

Social status was no protection against the Holmgang and all weaponry was allowed, although duel opponents were expected to have matched weapons.  The first strike came from the challenged party, after which it was a bloodthirsty ‘free for all’ fight to first blood or death, which is somewhat disturbing to consider was amicably agreed at commencement.

There are, of course, no mortal combats at Abbeystowe, but one-on-one fighting will be spectacularly on display with an expected 60 contestants battling it out to defend their good names.  The tournament runs in a randomised fashion with combatant’s names drawn out of a Viking bag and placed into the round with another combatant.

The winner of each round is redrawn for the next round until concluded.  Combat rules are loosely based on historical rules and each duel is to be fought with three ‘lives’ – each life is represented by a shield.  Once a combatant has taken three lethal strikes, or are declared too exhausted to continue, they are disqualified.

Taking the guidelines of Kormak’s saga as inspiration, the Abbey Medieval Festival Holmgang fighting ring was laid out with ox hide or a cloak and hazel wood staves planted in each boundary corner.  When finished the area was known in medieval times to be ‘hazelled’ and resembled a modern boxing ring.

A Holmgang champion is awarded at the conclusion of the Abbey Medieval Festival on Sunday afternoon, with 4 other champions.

(A blog from Staraya Ladoga)

The do’s and don’ts of feasting (Part I)

The Ancient Art of Whacking People
Scroll to top