There was a definite chill when as I set out for work on the last day of May. This was not caused by some Shakespearean Rough wind that shakes the darling buds of May, but the spine chilling realisation that tomorrow is winter and that means that it is Tournament season. For this medieval re enactor the first chill of winter does not herald cosy nights sipping mead in front of a warm fire; it bodes late nights making gear and fixing armour in a freezing workshop. cast the fittings for two new belts, make a new heraldic surcoat to go over my armour ( Why did my ancestors choose such a complex heraldry?), a new hat and organise two full tournaments and five smaller Pas d’Armes combats in an impossible time frame.  Easy…..the Abbey Medieval Festival is at least five weeks and two days away! Not that I am counting the days in which I have to make fix and devise more things than I could poke a stick at (mental note: make poking stick).
Whilst working on my armour I may get a chance to ponder on why my breastplate appears to shrink between tournament seasons.  I might even have time to get in some extra training as the combats seem to be getting harder and faster every year.  I just need to prioritise and remember that we do this for fun- this tournament season should be Made glorious summer and not the winter of our discontent (mental note: fix tent). Piercing the night’s dull ear, and  from the tents The armourers, accomplishing the knights, With busy hammers closing rivets up, Give dreadful note of preparation. 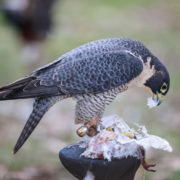 The transformation is starting....Project Gorgeous Garment!

Animals of the Festival

Horse Play at the Medieval Carnivale!

Food....surviving the test of time!